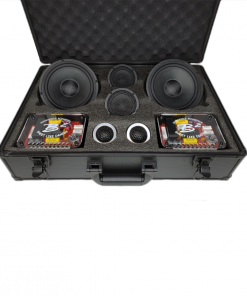 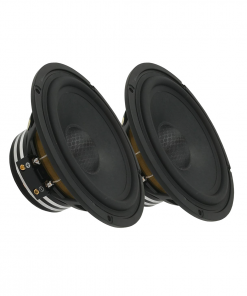 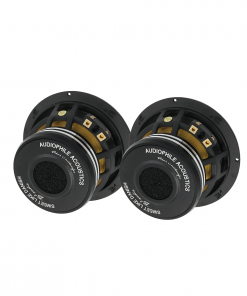 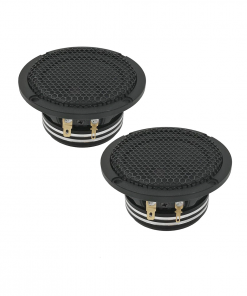 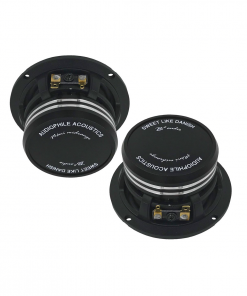 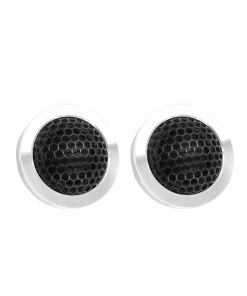 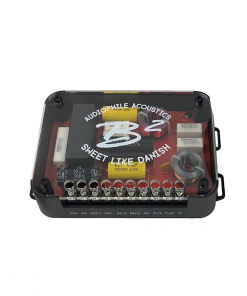 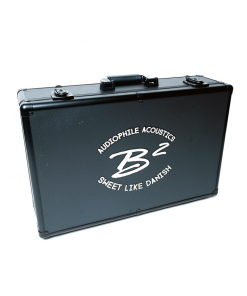 The lifespan of the Reference series goes back to the late 2000’s. Back then it was the REF.5 amplifier that took on the name Reference. But as time progressed, the reference name was misunderstood, abused and even neglected by the market in general.

So what do you do? We had to start from near scratch as we wanted a unique platform to work on. The Reference v2-Mani is more than a reference, it rises above. From Norse mythology Mani was the God carrying the Moon across the sky and we adapted that philosophy into this 3 way speaker set.

The materials chosen and the design solutions had to set itself apart. The accumulated knowledge gathered from the various 3 way speaker sets, that came before was quite extensive. But we needed more than just the audio perception, it had to optically different. The new basket is derived from our high performace subwoofers, offering the same SAFT & OCAF tech (Smooth Air Flow Tech & Optimized Cooling And Flow). Using that platform made it possible to improve the supension design and thereby minimizing mechanical distortion. In addition the back wave & airflow was improved, making the audio more linear.
Cooling & Bamboo

Even though cooling shouldn’t be a problem with this open design basket, we chose a vented pole piece. The foam mesh blocking the vent actually has a function. It is designed to surpress unwanted noise. It might not be audible to many, but again, it is a detail known by the audiophile. For the actual cone, we preferred something light as carbon, but with a more full and warm sound, however without sounding “muddy”. After a few revisions we settled on a wollen bamboo fiber for both the midwoofer and the midrange. It is strong, lightweight and sounds natural, so it was a superior material compared to our previous Reference models.
After all, there’s a point this is the Reference v2-Mani. For those who wanted a bit swag we used a composite fiber dustcap to add more strenght to the voice coil/cone coupling area. All of these small changes resulted in less moving mass, a higher efficiency and a 10% stronger motor structure on the midwoofer.
Upper end

Growing pains, but as a function. The midrange has undergone the same changes as the midwoofer, but it has also increased its physical size. Even though the outer dimensions are only 5 mm / 0.19″ larger, the cutout has grown by near 0.5″ / 13 mm and the depth by 0.4″ / 10 mm. Some of it has to do with the beveled magnet cover, but the larger magnet structure allows for more excursion. The longer stroke midrange combined with the ligher mass makes it more of a fullrange compared to previous gen. If you intend to run the Reference v2-Mani in an active setup, this is where the design will shine. The versatility of the midrange will help in systems where you are struggling with the frontstange vocals.
The Mesh

The tweeter is nearly identical to the REF63, but we wanted it to be even more user friendly for installers. It still has the screwable mounting ring, but gained pigtails and installation depth is now 0.27″ / 7 mm less. The pigtails are just there to avoid unnecessary soldering, but again it is subjective what the end user may prefer. Another important detail is the tweeter grille mesh. The grid is increased to minimize blocking frequencies with short wavelengths. Keeping in mind that the wavelenght of a 25 KHz tone is about 0.5″, it makes perfectly sense not having anything blocking the audio unnecessarily.
Passive

Combined these 3 drivers can be ran both active or passive. The crossover offers 2 different 12 dB cutoff points for the woofer, 3 bandpass for the Mid-fullrange & the tweeter. All of these points are set with the 3 dB attenuations. In 0 dB mode the crossover is set at 1.55 KHz for the Woofer & bandpass for the Midwoofer from 1.55 KHz to 6.45 KHz, and is completed with the tweeter crossed over at 6.45 KHz. The manual will describe the remaining settings in detail.

*It is essential that our speakers are given time to allow the suspension to soften up. Depending on use, this may take several weeks. While this process is undergoing, it is not recommended to apply full amplification power according to the speakers specs. Once the moving parts have been broken in, the performance of your speaker will increase.