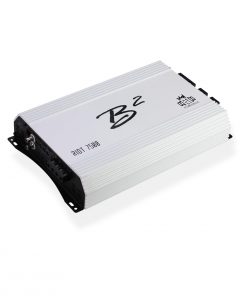 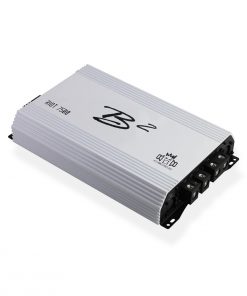 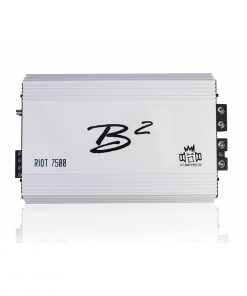 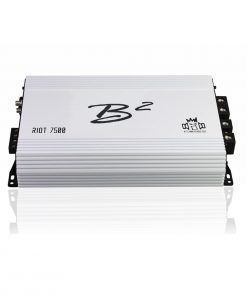 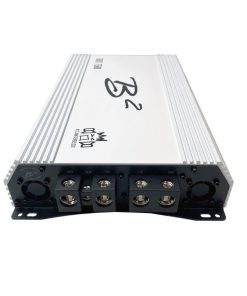 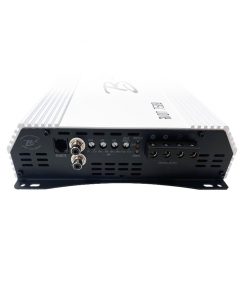 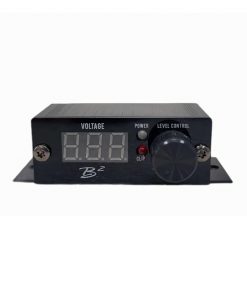 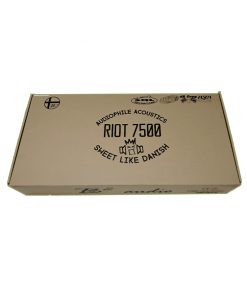 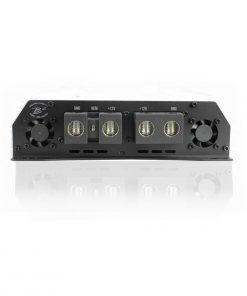 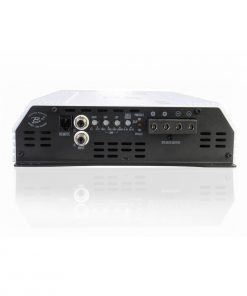 The B2 Audio RIOT 7500v3 is based on the same full-range technology as the RIOT 3200v2, but the RIOT 7500v3 is the big brother of it and thus much more powerful for even more demanding applications. It has an operating voltage of 9V to 17V (previously only up to 16V for the first version). This makes it perfect for the future standard of battery technology with lithium.

The new version 3 of the RIOT7500v3 comes with a bass remote control including volt indicator and clipping LED. In addition, the RIOT7500v3 has smaller dimensions than its predecessor, as well as a thicker circuit board for even better current handling! The RCA connectors have been replaced by higher quality and more durable metal connectors.

It has 2 active fans in a push-pull arrangement that kick in temperature controlled and actively cool down the power amp.

Insane power at dirt cheap prices & a small footprint, ever heard that before? It’s an old story of 2 different topologies, one is the more traditional half bridge design, the other is the gaining full bridge design. But what does it actually mean?
STRAPPING

So what happens if you decide to base your design on an even higher voltage swing in a single pcb and run it bridged internally? FULLBRIDGE, that’s it! The higher voltage across the pcb enables for less components used, thus smaller size, but the achilles has been low ohm stability and distorted sound. Surely plenty of non car audio brands has had it locked down for decades, but still to this day we have these issues in car audio! The RIOT 7500 has taken a stab at it and came out victorious with revisions based on the best of proven designs. Small sized, immense power & reasonably priced all aplies to this amplifier.
BARELY SUFFICIENT

The small footprint did require an adjustment of the slick, smooth & well known B2 audio heatsink. It features fins, they are there to increase the surface area of the cooling mass on the amplifier. Heat is yet another killer known on plenty of the popular suppliers of this type of amp. Instead of overbuilding, it is commonly based on barely sufficient due to person calculating sales margins in the office. Basic Ohm’s law applies, how do you intend to feed an amplfier with 500 +amps of current from a single 0 AWG cable? In peaks it might fit the barely sufficient term, but B2 has never been about that!

The RIOT 7500 is equipped with dual oversize 0 AWG inputs and multiple cooling fans to deal with heatwaves. Any ohm configuration on an inadequte lithium power source (below 13 V) will be within reach of the rated power. All of that based on a 16.7 x 8.8 x 2.6″ / 42 x 22.5 x 6.7 cm footprint! Should you worry about clipping this amplifier has a clip indicator on the amp and it even comes with a neat bass knob that has the indicator built in, Pure Performance indeed.