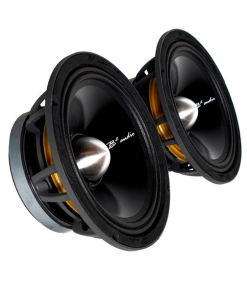 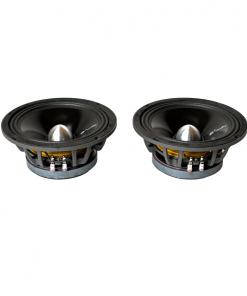 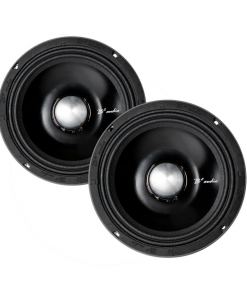 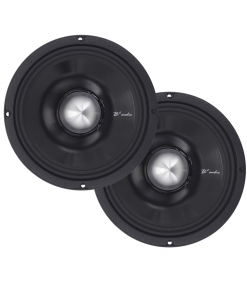 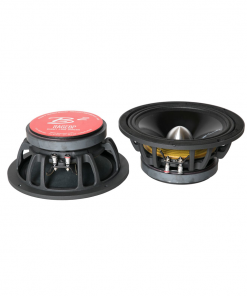 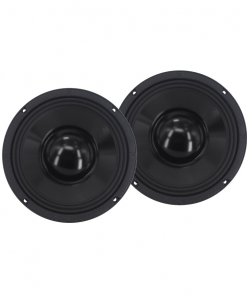 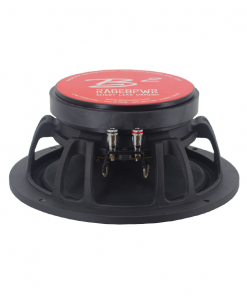 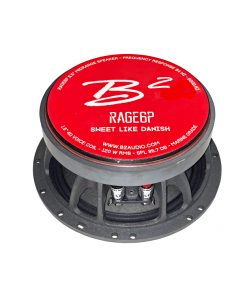 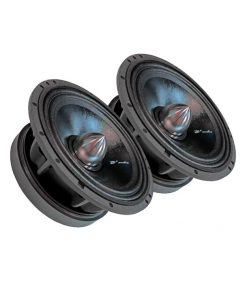 Derived from the successful HNP series, the RAGE Pro is the evolution. An evolution that might not be necesssary, but already possible.
So instead of it being a name change from HN, it is an add on, offering tweaked products that quite frankly could be overkill.
The RAGE

So what’s it all about? Most people would crossover their midrange at 4-5 KHz, right where their tweeters would be recommended as well. If that’s your settings, then the differences in the frequency range vs the HNP won’t be as audible. Still if you prefer a large slope cutoff on your crossovers, meaning a wider overlap of tweeters & midranges, the Rage is superior.
The upper frequencies of the RAGE6 / RAGE8 & RAGE10 are designed with a linear, but peaked response of up to 5 dB compared to frequencies below 3 KHz. The peak is best described as removing a slightly muffled sound compared to other speakers, the RAGE simply put, is more open and doesn’t sound as compressed as pro audio has unfairly gotten a reputation to be.
The INSIDE

We still use the U shaped surrounds offering a longer stroke known as excursion / xmax. The U shape offers a tighter kick and extends the sound reproduction in the low end = more bass. Differing from other series, the RAGE P / PWR have fully coated cones, making them better suited for harsh sunny conditions and outdoor use. The PWR being the Weather Resistant one, has a near idential sound signature of the P series, but instead of using a phase plug, the dustcap will prevent moisture & residue to enter inside the speaker.

It’s what’s inside that counts. More than you can see makes a differece, both the P & the PWR uses copper shorting rings to lower distortion, it’s an old trick not always necessary to apply, but on pro audio it makes sense. It features added costs and skills in manufacturing, but there are clear trade off’s. Since efficiency is the key to pro audio, these drivers can get really loud, so why not opt for some that don’t sound distorted? That is the exact fact why some dislike the sound of pro audio. Many are cheaply made, using inferior parts, but designed to look stunning and impressive. Sound performance on the other hand is most likely mediocre.
Doing something right takes skill, time and knowledge. Couple those factors with a decent amount of money and you have a good sounding product. Sugar coat it with our own custom designed voice coils (1.5″ on RAGE6P, 2″ on RAGE8 & 3″ on RAGE10), made to handle both power and maintain efficiency you will feel the RAGE.

Sold in Pairs. If you add 1 qty you will receive a pair of speakers